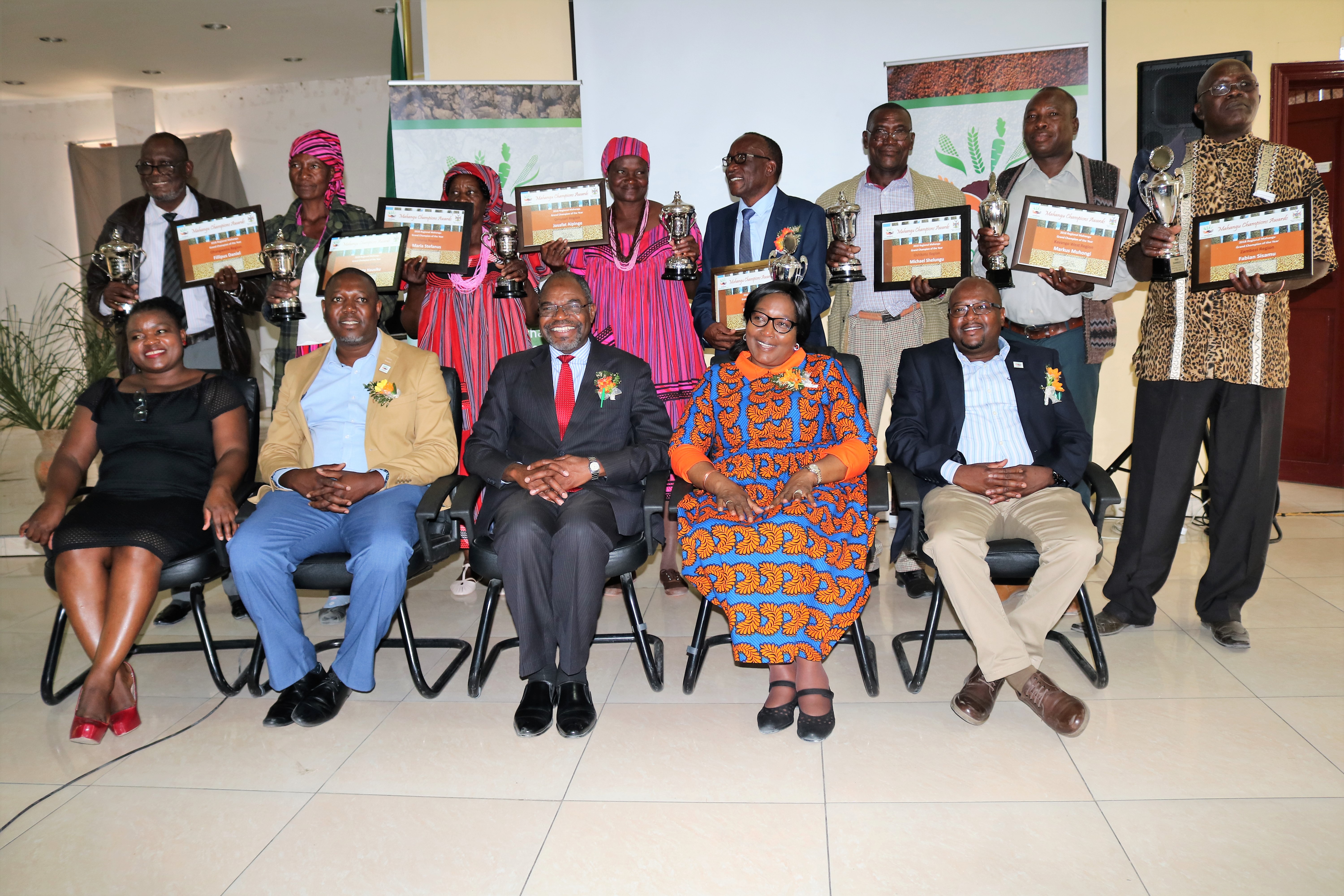 The Namibian Agronomic Board (NAB) in collaboration with the Ministry of Agriculture Water and Forestry (MAWF) hosted the Annual Mahangu Harvest Festival competition awards ceremony on Wednesday, 08 August 2018 at the Kavango East Regional Council Auditorium, in Rundu.

The competition was introduced by the NAB to give recognition to farmers who have implemented improved farming and cultivation methods to maximize their yield of mahangu, by planting good quality seed and at the same time using the available arable land efficiently.

As it is a tradition since the establishment of the Mahangu Harvest Festival competiton awards in 2002, the event takes place in the region where the National Grand Mahangu Champion (large-scale producer category winner) of the year is from. This year the National Mahangu Grand Champion is Mr. Petrus Kudumo, from Mashare constituency in the Kavango-East region, hence the location of the ceremony. The National Mahangu Champion (small-scale producer category winner) of the year is Mr. Robert Makota from Kavango West region.

Speaking at the event, Mr. Michael Iyambo, Chairperson of the NAB Board said, the aim of the competition is to encourage subsistence pearl millet (mahangu) producers to implement good farming practices in order to increase their yields and increase mahangu production, enough for household consumption and surplus for the formal market.

The NAB Board Chairperson further encouraged mahangu producers to increase production, assimilate into producing mahangu for business and move away from subsistence farming inorder to encourage potential investors into milling facilities, as well as to improve access to formal markets for their grains.

“Formal markets need consistency and volumes to allow their institutions to continue with the processing of grain without being subject to seasonal production only’’, he said.

Honourable Shiweda congratulated the mahangu producers for their perseverance despite the variability of rainfall and its patterns that might have badly affected some crop fields during the 2017/18 cropping season especially at the beginning of the growing season.

“The role of small scale farmers and their contribution to food production and food security is well known worldwide and needs to be enhanced” said the honorouable Minister.

Reflecting on the event, Dr Fidelis Mwazi, the CEO of NAB, explained that is important to encourage food production through market regulation, since as a country, we cannot depend on imports as means of food security.We should consume what we produce as a priority before restoring to import.

Thus, The Namibian Agronomic Board will continue to promote agronomic production, marketing, processing and storage through market regulations to ensure food security in our country, he concluded.